VICTORY! 5 months ago we launched this campaign for subsidies for e-bikes (like support for e-cars) – it got picked up by a lot of groups and now it’s going to happen! Obviously it wasn’t just us but we all pushed hard and we got it. BIG THANKS to everyone who joined us in lobbying MPs and the Dept for Transport – we have a victory here! 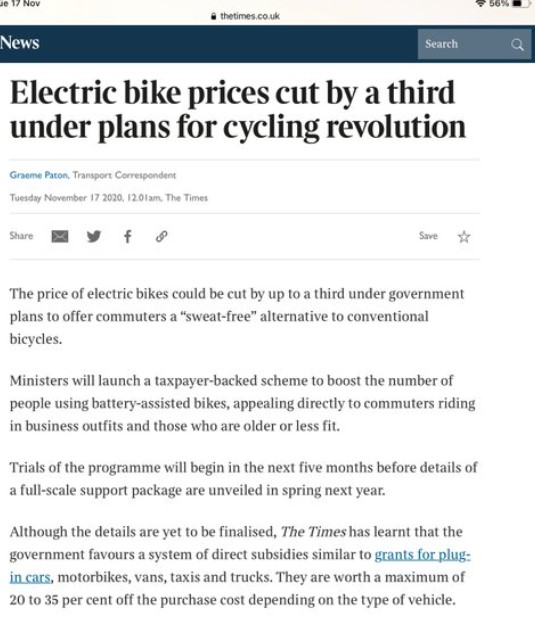 The government has pledged to ‘create a new era for cycling and walking’. They are also considering a plan to support car-owners to move from petrol / diesel cars to electric vehicles, which may cut carbon emissions but does nothing for congestion or walking and cycling.

Electric bikes enable longer cycle journeys, make hills easy, and can be a real alternative to the car. E-bike use in the UK is currently much lower than in other European nations.  We need an incentive scheme to support people buying e-bikes alongside any plan to support e-cars. Similar schemes already exist in other countries.

Please contact your MP now. Ask them to push the Department for Transport to set up an E-bike Incentive Scheme for the UK.  This idea is being discussed – the more we speak up, the more likely it is to happen.

You can use the ‘template letter’ that we have here. Modify it as you like but keep the main request.  Send it your MP as soon as possible.  You can find your MPs’ email here:

A report produced last year sets out the case for such incentives and shows how they have worked elsewhere, including Austria, France, and Sweden, and also the Channel Islands.

Another recent report shows how e-bike incentives are a cost-effective way of cutting carbon. 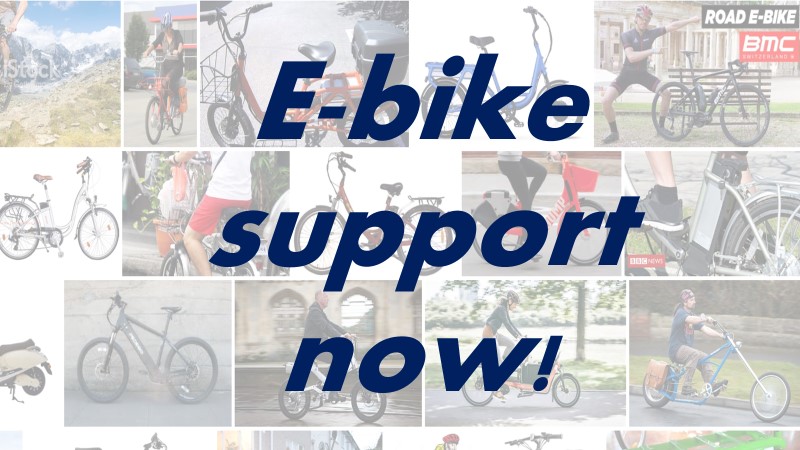 This page and this campaign are supported by

Oxford Friends of the Earth