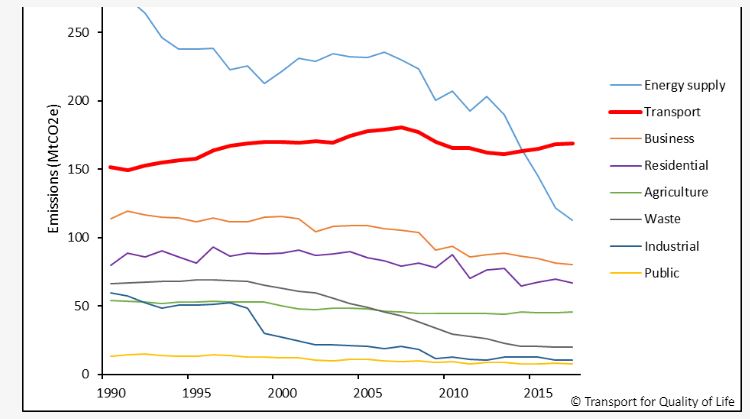 Work on transport issues is moving forward at three speeds. There is the immediate work around plans to make 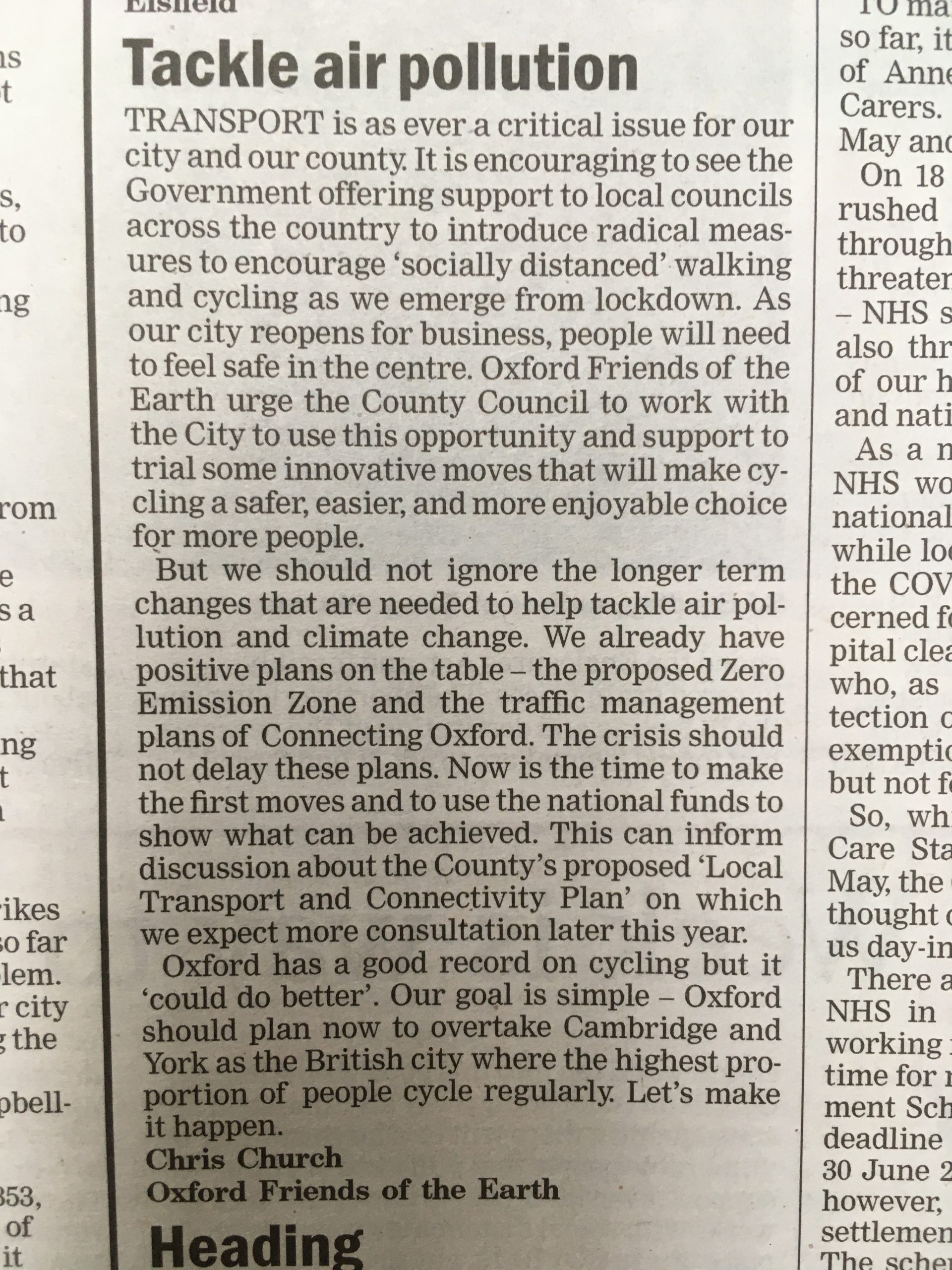 Oxford and other towns safer places to walk and cycle. Government money has been made available to local councils and OxFoE and many others have been pushing for radical and forward-looking moves as soon as possible. At time of writing the County have submitted a bid for funds but the detail and timing are not clear and seem a little weak. A mass petition is being launched by the Oxford Green New Deal group – please do sign up (it will be on our social media). It supports our long-term demand for a plan to make Oxford the UK’s number 1 cycling city.

Secondly there are the existing plans for the Zero Emission Zone and the ‘Connecting Oxford’ which would limit private car travel through the city. We have stressed (our letter in the Oxford Times is here) that talk about delaying these measures due to the current crisis is counter-productive and we are supporting the ‘Connecting Oxford Plus’ proposals developed by Oxford Liveable Streets.

Finally there is the need for longer-term change and for a radical County transport plan. Our key poinst are below. Public transport may be low on the agenda right now. But any realistic hope of getting to zero carbon fast enough to tackle the climate crisis will need a major shift to trains and buses for longer journeys. We need to push for investment now in better rail services and a local ‘Metrorail’ service with new stations.

Transport and planning – speaking up for a clean transport system!

Oxfordshire County Council have started consulting on their new ‘Local Transport and Connectivity Plan (LTCP)’. It is vital that this plan puts moves to zero carbon at the centre of its’ strategy.  Our response is here: OxFoE Response.

The LTCP must set out, from the start, a clear route to delivering a zero carbon transport system as part of the UK’s legal commitment to creating a ‘Net Zero’ society. All proposed council investment on transport must be assessed and agreed on the basis that it contributes to this goal.

Our specific points are: