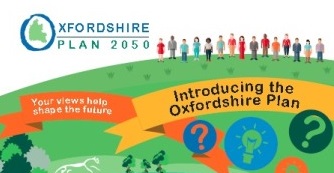 A group of Oxfordshire planners have gone public with their concerns about the Expressway and the Oxfordshire 2050 Plan, calling for the proposed road to be scrapped and for the 2050 Plan to be rewritten from the start. These points closely match our concerns. They are working under the title of POETS – Planning Oxfordshire’s Environment and Transport Sustainably.

They have issued two short reports, available here, which set out their concerns and their recommended ways forward.

The critique of the Oxfordshire 2050 Plan is here: Balancing Oxfordshire’s Growth in a Climate Change Emergency

Their proposals to scrap the Expressway and develop alternatives are here:

Noel Newson, formerly chief assistant engineer at Oxford city council, said: “The plans for Oxfordshire must take account of the climate crisis. It is folly to be building major new roads which will only add to carbon emissions. Instead we should be planning to locate new housing where people don’t need to use a car for their every need. And of course you don’t need HGVs to transport ideas between leading universities.”

Amongst their other recommendations are changes to the way in which new housing is built and allocated. “No-one can deny that there is real housing need in Oxfordshire” says David Young. “But that will not be addressed by building expensive houses in the green belt around Oxford that will be snapped up by London commuters. There needs to be a change in government policy to provide genuinely affordable housing to rent or buy.”